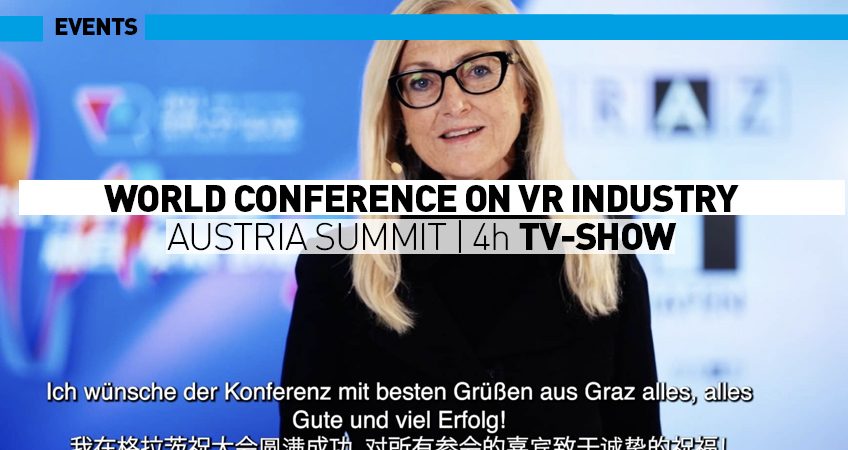 At the “World Conference on VR Industry” Austria got a special role for the second time. A good 24 Austrian representatives from business and science are part of one of the largest trade fairs/congresses for VR in Asia as a side event with the title “Austria Summit”. Showcase projects from companies in the VR field and universities presented themselves in exciting keynotes in cinematic form.
Expert Dr. Dieter Schmalstieg from TU Graz introduced the block as a hologram on a bombastic stage at the grand opening in Nanchang.
Organized under the Austrian/Chinese leadership of Mrs. Kogler-Xi of the company CKM, the impossible was made possible. A 4 hour film contribution was produced for it in whole Austria locally with enterprises and in studios in the city Graz. Production manager Jürgen Gruber was in charge of the production and filming. With our team we visited companies all over Austria and additionally filmed in the Lendhafen Graz and in the AV Baby Mediastudio the single keynotes as well as the multilingual moderation of the “show”.

The recording languages were German/Chinese/English, everything of course 100% Chinese subtitled. Also produced in-house at groox in Graz.