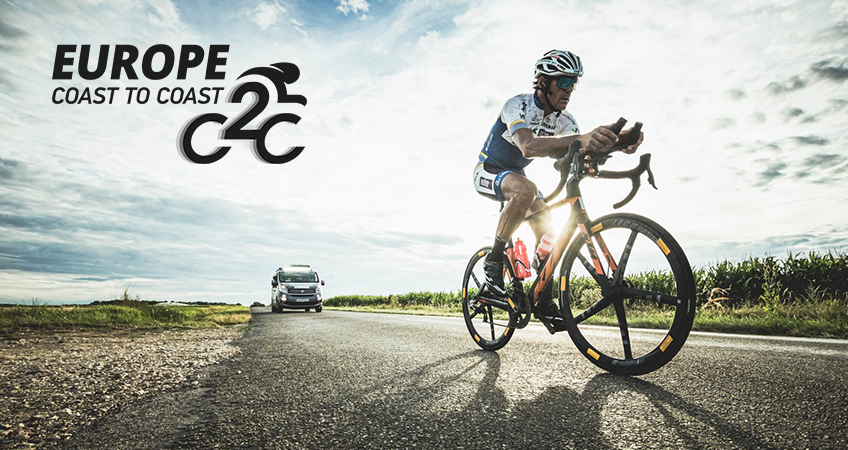 Wolfgang Fasching has started his new project ” Gibraltar – North Cape “. In less than twelve days – which would be a new world record – he wants to cover 5,500 kilometres and about 50,000 metres of altitude difference. It’s been several years since the triple winner of the Race Across America, Wolfgang Fasching, contested his last big cycling adventure. In 2014, he completed the mammoth “Russia Coast to Coast” project over 10,000 kilometers in 21 days. Before that, he had already mastered the 7 summits – the 7 highest summits of all continents. With his 51 years – during the adventure he turns 52 – he is no longer one of the youngest on the bike, but his ambition and training diligence are unbroken. Fasching crosses a total of nine countries (Spain, France, Germany, Belgium, the Netherlands, Denmark, Finland, Sweden, Norway).

The two-time 24h World Champion and 24h MTB European Champion will be accompanied by ten carers with three cars in his project “One man, one bike, one continent”. The crossing of Europe will not be a ” joyride”, because “I want to cover at least 500 kilometres per day. In addition, only two to four hours of sleep a day are planned. The big challenges will be physical exhaustion, lack of sleep and mental fatigue. But it doesn’t matter how old you are. It is important to pursue your goals.”

The groox team accompanies this project and creates webisodes on site, as well as packages for TV news and international distribution in the TV series “BETTER THAN FOUR”.